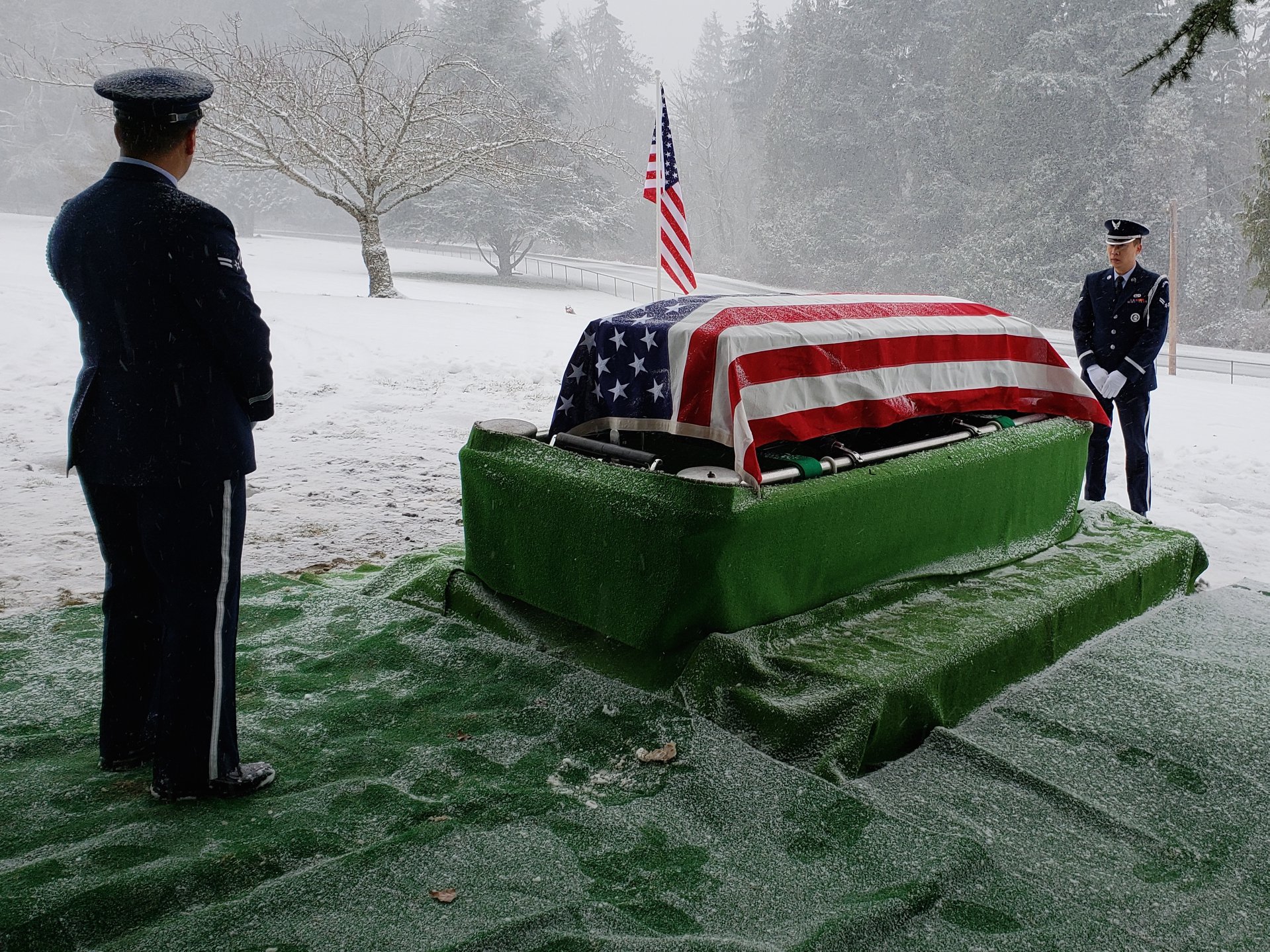 On Friday, February 8, 2019, four members of our Ballard Eagleson Honor Guard team attended the interment service for Comrade Joseph Small, who was 106 years old when he died.

It was snowing while we were waiting for the service to start and I found myself thinking about the changes Joe saw during his lifetime. He was born September 17, 1912, when William Taft was president and he would have been five years old when America entered WWI. When he was a teenager he could have heard first-hand memories from those who lived through the Civil War.

Comrade Small saw major changes during his life. From horse powered transportation and farming to 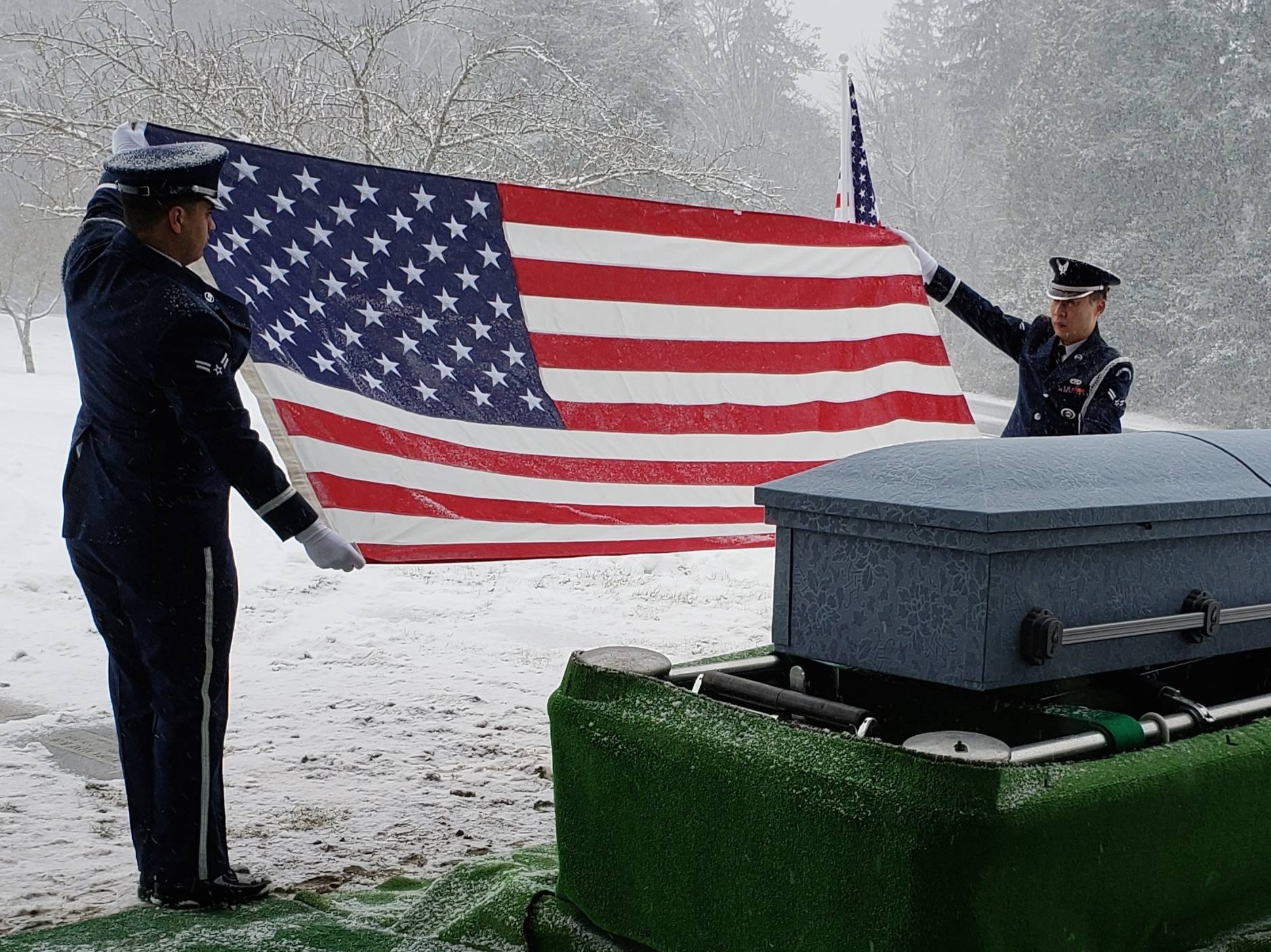 the internal combustion engine to self-driving cars, from the first airplanes to jet power and men landing on the moon, and from wall mounted telephones to the cell phones of today. He would have been fifteen years old when the first “talkie” feature film was made and speaking of film, he saw the transition from primitive cameras to sophisticated SLR cameras to filmless cameras small enough to fit in his cell phone.

Joe lived through prohibition and saw women’s suffrage become law in 1920. He mailed first class letters for two cents in 1919 and 55 cents last month. He wore clothes made exclusively from natural fibers when he was young and those containing lots of man-made fibers later in his life. These and many other changes Comrade Small lived through during his 106 years on this rapidly changing planet. 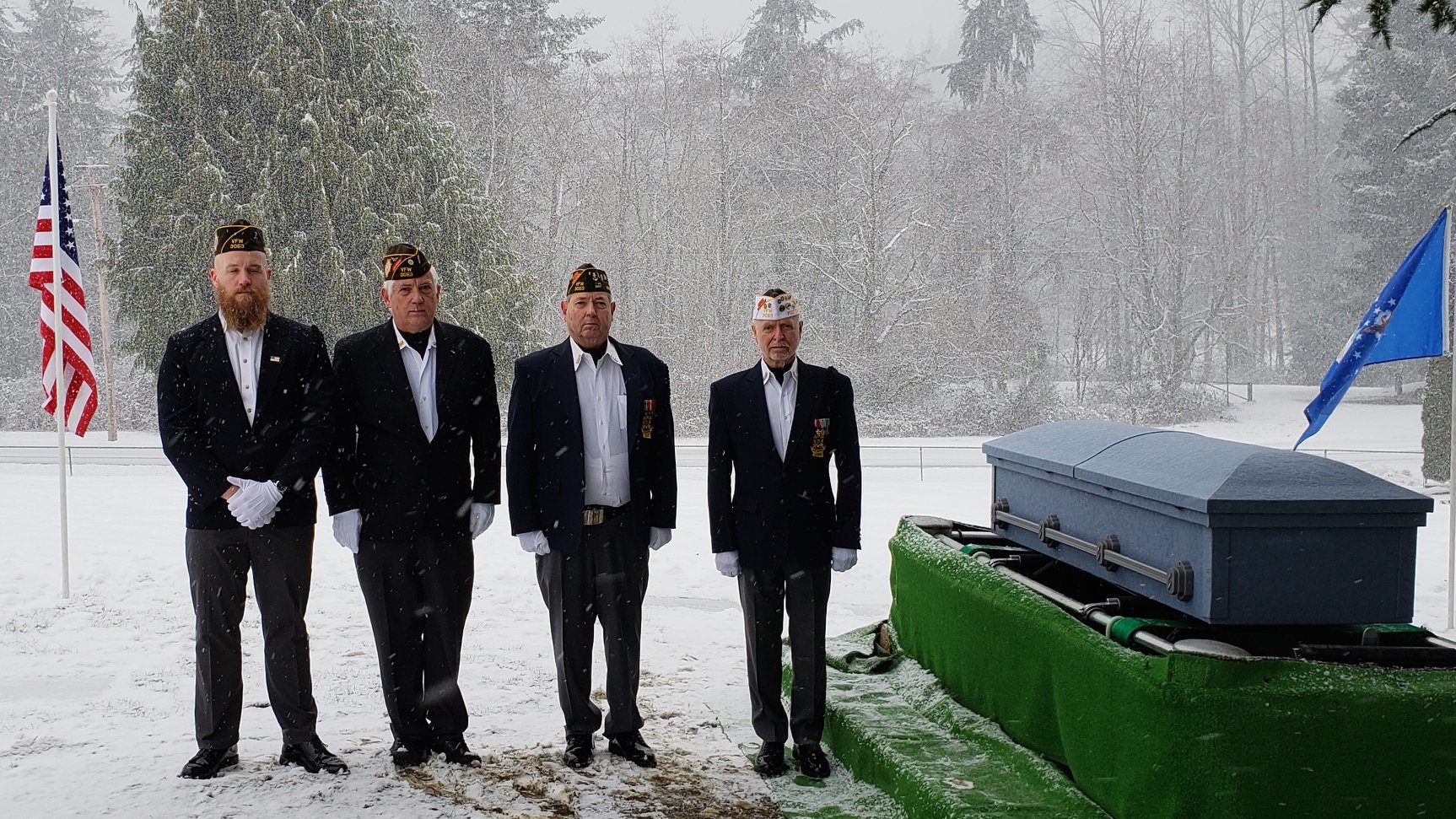 As I was thinking about these changes, the snow began to fall harder. The USAF funeral detail folded his flag and played Taps with their hats turned white by the snow. Somehow it seemed fitting for Comrade Small, who had fought in snow storms during the Battle of The Bulge in the winter of 1944-45, to be laid to rest in another snow storm seventy-four years later.

Go to the event calendar to view all events.

Subscribe to the post's monthly email newsletter by sending an email to [email protected].